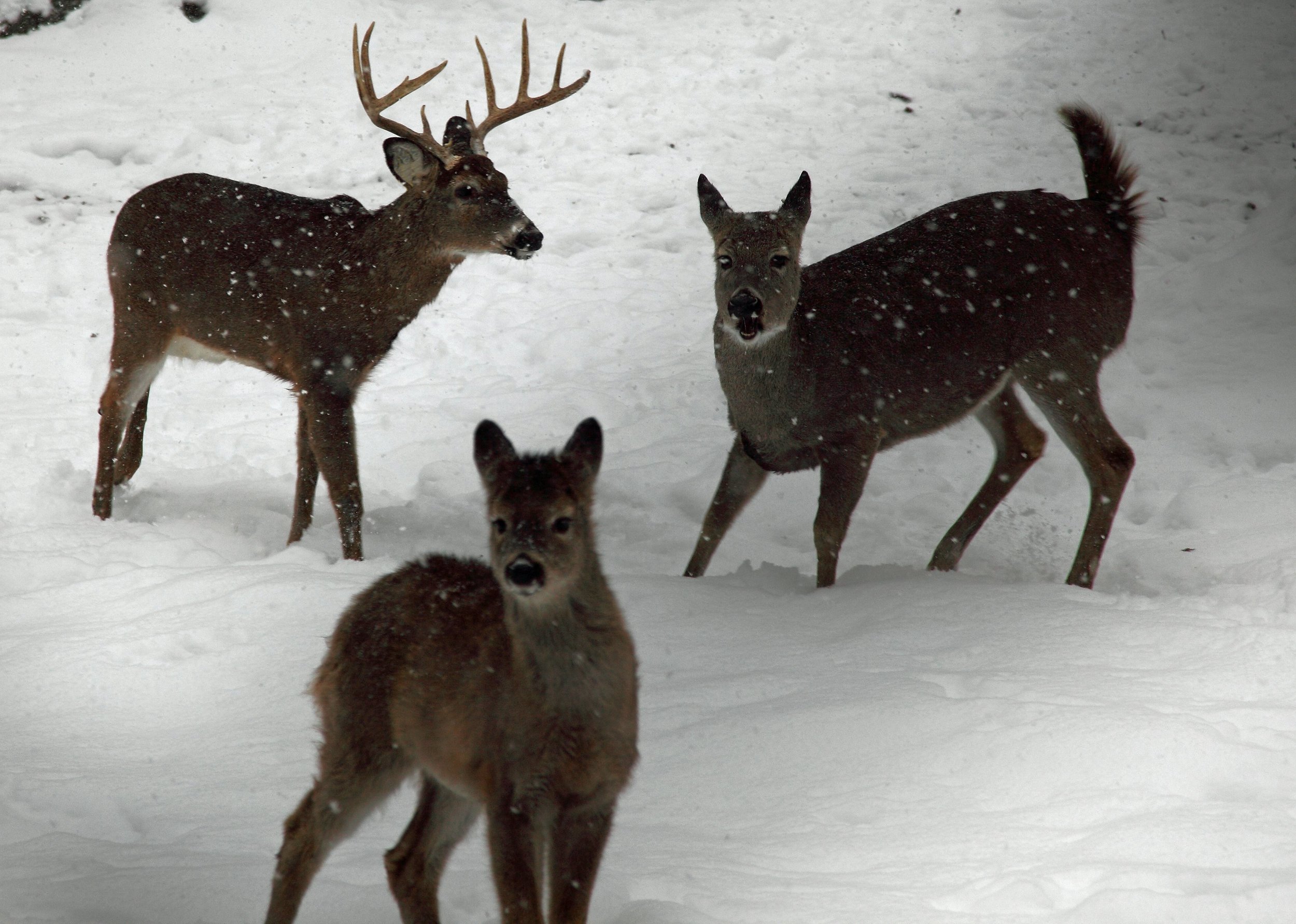 Chief wildlife biologist and whitetail deer researcher Dr. Mickey Hellickson conducted a whitetail study at the King Ranch in Texas in the late 2000’s that is highly looked upon. This study lasted about 2 years and was on a ranch consisting of 8,000 acres with a variety of landscape that allowed testing to be controlled quite well.

Dr. Hellickson placed several observers in elevated blinds, and then had someone rattle antlers at ground level. The teams then conducted 3 different rattling sessions per day, each lasting about 10 minutes long during different seasons, areas, and weather.  The results showcased that during the pre-rut, yearling bucks were the first-responders which a few old bucks in the mix. Next, during peak rut, bucks aging 3-1/2 to 4-1/2 years old were the most responsive. However, the post-rust is when the trophy bucks came to noise. This may seem quite shocking to many of you, however, this ultimately does make sense.

It is a known fact that as soon as peak breeding is over and late-season creeps in, many young bucks are done rutting considering many does are already bred. With that said, the big bucks are going to concentrate on the few remaining females, causing confrontation to become very intense.

Although the battle between the bucks is strong, and the amount of does to choose from is slim, the big boys are out there.  And the best thing is, many hunters are not.

Post-rut time is one of the most ideal times to rattle in a big boy.  Bucks are beginning to develop a pattern again with the gunshots disappearing and orange hats returning to their homes.  Therefore, we have 3 key tips to harvesting that late-season trophy buck all your buddies will be jealous of.

As Dr. Hellickson’s study showcased, rattling can prove to be very successful. Rattling is a tactic that should be heavily used during this “post-rut” season. Considering bucks are ready to battle now, rattling in a trophy only seems natural.  Therefore, create long, loud, and fierce battle noises with your antlers. At this point in the season, deer do not stop for anything, and the bigger the battle, the more likely they are to draw near.

Cause Minimal Disturbance To Your Buck

At this point in the season, bucks are sensitive.  They have been pressured all season long and have maybe even escaped a shot or two.  Therefore, hunting smart and going back to the basics is most important during the “post-rut” season. With that said, pay attention to your wind direction so you can control your scent.  Again, deer will be very sensitive during this season, so your exit and entrance are crucial. Be careful that you are paying attention to every move you make while getting to and from your stand to cause minimal disturbance to the bucks natural patterns.  This is when a trail camera comes in handy. Although, we believe all tactics and strategies work, trail cameras are the professionals in all reality. Watch what your buck is doing, and notice the patterns he is developing. Is he feeding during the afternoon? Before dark? Try your best to “think like your buck” so you can slip in quietly to your stand, and harvest a trophy.

Wait To Go To Your Stand

Once you are officially in “post-rut” season, it is important to remind yourself that the bucks that are still around have changed their patterns vastly.  Generally speaking, bucks lose a lot of weight during the rutting season, causing them to build up their weight again to last the winter. Therefore, bucks usually begin to “hangout” around food plots and food sources more often, especially when they do not have an estrous doe to look for.  Therefore, go out to your stand a little later than you normally would and sit all day long. Most of the times, bucks will feed for hours, causing them not to leave until just before dark to begin their feeding session. Therefore, stay out a little later to witness those bucks feeding around dark.

Overall, the post-rut is essentially is new season of hunting whitetail.  These deer have made it through gun season in some states, harsh weather conditions in others, and are even more conscious now then they were during the early season. Therefore, it is important to do some scouting, check your trail cameras, and re-evaluate your buck’s to see if there are any new patterns. Most likely,feeding times are going to change post-rut, which means you must adapt to these new patterns.  Take a step back, make a game plan, and harvest that trophy buck post-rut.